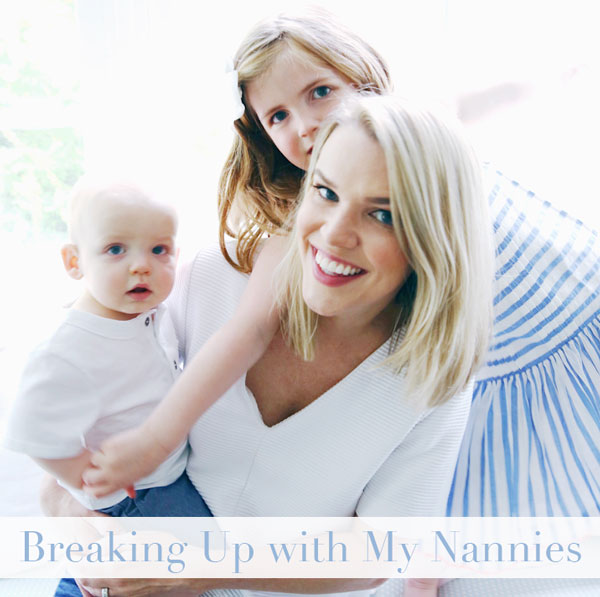 The last story I wrote about hiring help for my children seemed to have a fairytale ending. After agonizing over the decision to seek help and all the trial and error of finding the right fit, we ended up with the perfect combination of nanny and sitter, welcoming her into the family and flourishing for over a year. Then we had to mess it up by moving states! We actually offered to bring her with us but she declined as she has a son in school, friends and a life in New York.

Moving while heavily pregnant and with a kid out of school for the summer is no easy task. Thankfully, I had both my mother and mother-in-law here to help. So, for a while, we were good. And then we weren’t. I had a newborn, my daughter started school and both grandmothers, understandably, returned to their lives. I put out and responded to messages on my local moms’ group, had many phone calls with potential nannies and finally settled on an in-person interview with one, highly-recommended lady. She was double the age of our previous nanny, but with that came a wealth of experience. She was a former nurse and day care owner and had raised her own five kids and nine grandkids. She showed up in scrubs, was soft-spoken and soothing, bringing a sense of calm into our otherwise chaotic home. We hired her on the spot.

For the first few weeks, it seemed like this would be our new normal. But, while she was loving towards our little boy, Oliver, I couldn’t get her to engage with our 4-year-old daughter, Lilly, no matter what I tried. The baby would be napping for two hours and there was nothing else to do but play with my daughter. Yet, there Lilly sat, alone, or, since I work from home, often with me. I’d be balancing conference calls while trying to help her glue pom poms on her paper doll or writing an article while stopping every several minutes to get her a snack or tend to her next need. All the while, the nanny was sitting on her phone playing Sudoku. I wasn’t working- and neither was she!

Things came to a head after we’d loaned her hundreds of dollars, still hadn’t been paid back and she was late for the fifth day in a row. I’m not talking 5-10 minutes. She was consistently 30-45 minutes late every day. That morning, she made me miss my doctor’s appointment by an hour. I called her to tell her, inquire where she was and when she finally showed up, she had Dunkin Donuts in hand. As I glanced at the bag, she stammered, “Well, I couldn’t come hungry!” Knowing she was making me late, she still stopped for breakfast. When I returned home, my son woke and began to cry. I was on a work call  and she yelled from the other room, “Natalie, can you make him a bottle?”

Not wanting to cause confrontation, I begrudgingly made the bottle, had her finish her shift and texted her later that weekend that we were going to have my mom come help us for a while and would no longer be needing her services. I admit, a phone call or in-person explanation would’ve been the bigger thing to do, but we always communicated via text and, since she’d only been working for us for several weeks, it felt easier and more efficient this way. She seemed nonplussed, it ended amicably and we were on our way to finding her replacement.

After that debacle, I was looking for an active, enthusiastic caretaker. And we found one, again, through a referral. This woman was only ten years younger but much more energetic. In the beginning, she was having dance parties with my daughter and taking my son on hour-long walks. It seemed as though we’d found our fit. I began to relax a bit. I even raved about her over email to other moms, trying to find her a supplemental, secondary gig.

The next few months were filled with ups and downs—probably more downs than ups. But I so badly wanted it to work that I told myself differently. When our nanny was on, she was amazing: positive attitude, happy children, home straightened, laundry done, dishes washed. When she was off, we all were. Her pessimistic presence was felt by the entire family. Ultimately, we parted ways, unfortunately not so amicably this time.

After several weeks of tension and negative energy, during a routine talk about scheduling, as I was about to walk out the door for an event in the city and a car was waiting, she blew up at me, accusing me of ridiculous things like caring about my parents more than her while I was arranging for her to help my mom while we’d be gone. She was shouting at me, so much so that my daughter, rightfully frightened, began to cry. Did that stop her? Not at all. She continued to berate me in front of my child until we agreed that it was best she leave.

I was this nanny’s third crash and burn in a matter of months. She was my second. Were we both at fault? I forced myself to look inward.

My errors, in this particular situation, include being too nice. I know that sounds like an answer you give in an interview when the potential employer asks you to name a weakness and you spin it into a positive. Oh, really? You’re too nice? That’s a healthy self-esteem you’ve got there! Perhaps “pushover” is a more appropriate term. In an effort to make these women feel comfortable in our home and like part of the family, I catered to them, hoping it would enticed them to be loving towards our kids. It started out innocently enough: “How are you? How was your day?” Suddenly, I was serving as their therapist when I was on deadline and my offer to get them anything to eat or drink evolved into being a short-order cook and shopper. I was making them coffee, buying them snacks at the store. Who was working for who here?

It’s funny; I had no problem in the corporate world spelling out exactly what I expected from people and having discussions if those needs weren’t met. In my home, however, it’s open season. Confrontation with a colleague? No problem. With the caretaker of my children? No, thank you. When it comes to the people watching my kids, I have no boundaries because I want them to be happy. The last thing I need is a disgruntled employee in my home.

It’s clear I need to approach it much more formally from the very beginning before it’s too late. This person isn’t my pal; they’re a professional and need to be treated as such. I need to set parameters that I previously thought were pretty self-explanatory, like being on time, not playing on their phone, having a positive attitude and engaging with my children. Most of all, I need to take my time searching for the right caretaker. Referrals, one-time meetings and feelings of “she seems qualified enough” aren’t cutting it.

And so, we’re back to square one. Ground zero. Whatever you want to call it, I’m sitter-free and pretty sad about it. So is Lilly. She asks every day if she’s getting a new nanny. When I’m on a call with a potential candidate, she wants to know all about her. When we meet with someone, she immediately says she wants her to be the sitter. Bless her heart—if only it were that easy. But we’ve been burned and I’m being much more cautious and deliberate about all of it, including my expectations, moving forward.