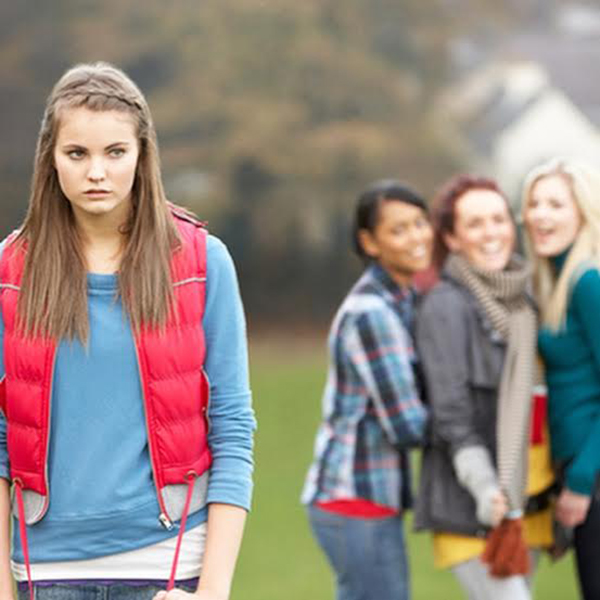 We’ve all been in them. Situations so dire we lose hope, becoming the very person we pitied, dreaded, swore we’d never become. We talk of an exit like a dream scenario: a child running away with the circus, an adult winning the lotto and immediately quitting their job (not to mention the detailed disbursement of riches: 10 percent to charity, 10 to parents, 10 to splurge, 20 for dream home, 50 in savings). But somehow, we can’t seem to envision a world in which we get there. Capable, otherwise strong, able-bodied beings paralyzed by fear, believing the hype, fearing the backlash.

I’ve been in quite a few dysfunctional situations in my life: bad relationships, unhealthy work environments. And no matter the category, the symptoms are similar: broken-down self-esteem, misery-loves-company companionship, excuses like rain drops.

But while unhealthy intimate unions can wreak havoc on the psyche and may inform the way in which we treat others, it’s usually an insular thing. Group dysfunction, however, is far-reaching and often much more dangerous. They say there’s safety in numbers, there’s also destruction.

My first experience with toxic circles began like most — in middle school. Her name was “Shannon.” Up until she arrived, we were a blissful, naïve little bunch. Most of us had grown up together, performed in dance recitals, shared many a sleepover and were on track to ride out our middle and high school years together, tight as ever. Then she showed up.

Within weeks, we turned on each other. Shannon decided who was in and who was out. One day you were popular and pretty, the next you were a pariah, with no warning, no bearing on your behavior or actions, simply her whim. She had the power and she abused it. Heavily. If you didn’t agree with her, didn’t laugh at her jokes at the expense of others or talk trash about your friends, you were her next target, and God bless you, because her bad side was everyone else’s backside. You were ostracized. No one would face or acknowledge you despite it having been done to them the week before — how horrific it felt, how they were raised, how much they knew it was wrong. They were just thrilled to be accepted again and did whatever it took to stay there, in her good — albeit evil — graces. Shannon transferred before high school, but it was too late. The damage was done. She came, she terrorized, she left. We were never the same.

It began in middle school. It should have ended there too. But we all know, sadly, that’s often not the case. I had a few more experiences through college and post but, thankfully, I was experienced enough to avoid the drama, speak up for my friends and myself and maintain some shred of dignity. Since Shannon, I’ve made a conscious effort to surround myself with trustworthy, unconditional, loyal and uneasily-influenced friends, so it wasn’t until I entered the working world that the toxicity returned.

Despite the professional setting, those with power and plenty on their plates, those who know better are often caught up in office drama, choosing sides and spewing names. Bullies come in all shapes and sizes. They also manifest in all ages and professions. Just like middle school, in the corporate world there is a cool crowd with a penchant for hazing. And although the behavior is similar, the ability to remove oneself from it is likely harder. After all, beyond your reputation, your paycheck, career and livelihood are also at stake.

As a newbie, you’re tested, humiliated and alienated, but you suck it up and trudge on. Eventually you earn your place as newer souls are indoctrinated. There’s a level of pride and confidence that comes with seniority, being a veteran. You’re finally accepted and, initially, that’s enough for you. But eventually that too wanes, and you realize how silly it all is. You realize who you’ve become and, disgusted with yourself, start to break away from the group and forge your own identity. But it doesn’t come without a price.

As soon as they smell indifference, independence, you’re a target again. To blend in, strike a balance between individual and included, you laugh at the occasional joke, roll the obligatory eye, knowing it’s wrong. With each disparaging remark you champion, a bit of you erodes. This is not who you are, who you want to be. You are better than this. Better than them.

In winemaking, there’s something called bunch rot, in which one bad grape infects the group. Toxic friend and work situations are no different. By definition, toxicity is the degree to which something can damage. Make no mistake, these are damaged people — once smart, free-thinking, well-respected individuals now broken down to think and act like a vicious, rotten herd.

These cultish environments lead you to believe you are fortunate to be where you are, can never do better, there’s another waiting to take your place. Those that leave are ingrates, “depressives” — no matter how many years you gave, how hard you tried, how amicable you think you left, you are the enemy. Others are encouraged to shun you, engage in the shit-talking. The ringleader feels more secure — and less inclined to lash out — the louder the laughs. And so you do it; you laugh at what you know is wrong. You contribute in the ripping apart of your friend, your former colleague. It’s just easier. Knowing, hoping one day you too will be a refugee, doing all you can to better your situation in the meantime, adopting the mantras, lying to others and yourself. You are happy. It’s just temporary. Everyone else is doing it. It’s not that bad.

Until it’s finally your time. You’ve woken up, gathered the strength, gotten a better offer, had a life-changing experience… Whatever it is that is propelling you forward, upward, past the muck, the insipid and incestuous clone-like clique, you do it. You — gasp — leave.

You’re filled with a rush of emotions: elation, paranoia, sadness, relief. You seek shelter with other survivors, celebrate with drinks, commiserate about how bad it had gotten, exchange war stories, your scars like badges of honor.

Away from the brainwashing and the negative influence, you realize how self-consumed you’d become, how jaded, how bitter. And, little by little, each moment without your toxic crutch, you become you again. You start to think like an independent, no longer part of a petty pack. You become kinder, lighter, sunnier. And soon it all starts to feel like a dream. A beautiful, shameful, fucked up dream.

You move on. You work on and better yourself. And you wait. You wait for the next embattled soul to wise up and join your fray. And you welcome them with outstretched arms and a cold beer. No “I told you sos,” no “What took you so long?” not even a “How could you do that to me?” because they know and, with one look, you do too. It wasn’t them. It was the atmosphere, the influence. After all, you once were there too. And you don’t “get it” until you’re gone. And once you are is when you really start living again.