Favorite thing to blog about, Kelly? Even though they are the hardest to shoot, I’m always the most excited about our balloon projects!

Favorite thing to photograph, Jeff? People, outdoors. Nothing like that natural California light!

Favorite post, Kelly? Either our emoji heart balloons, the taco piñata or the burger costume! The lemon one was pretty fun too. Too hard to choose just one! 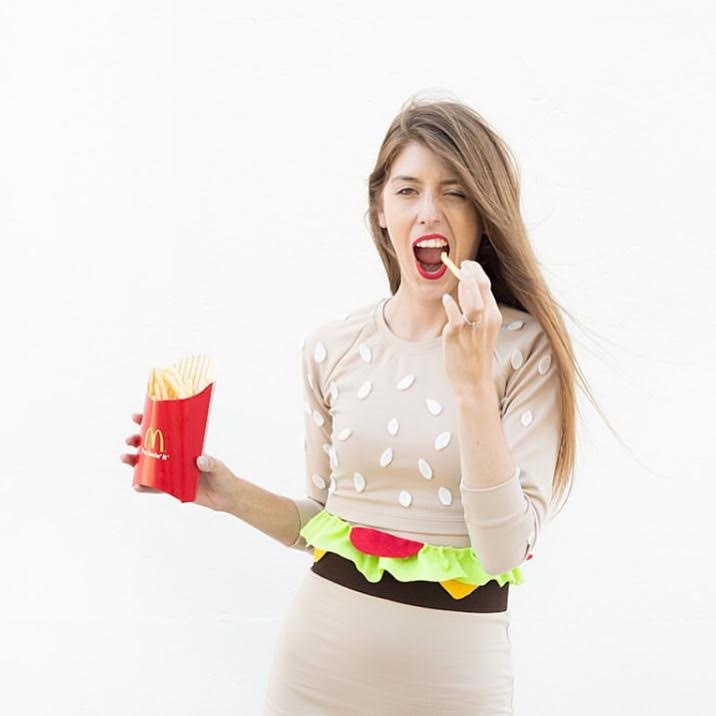 Most challenging post, Kelly? Our donut balloons. We were loosing light, the wind was SO gusty and they are one-sided balloons, so they HAD to be facing the right way. We changed locations twice, I think I punched something and Jeff screamed. So basically it went super smoothly.

Favorite shoot, Jeff? When we drove down to Orange County to fill that tiny vintage convertible with balloons for AutoTrader. It was so quirky and yet, so on brand for us. and I was beyond excited about those final photos!

Most challenging shoot, Jeff? Anything and everything involving balloons. I hate shooting with balloons.

Jeff: I run all my images through my various favorite editing apps. These would be Snapseed, A Color Story, VSCO, and/or Touch ReTouch.

Jeff: Accidental reply all. Hands down.
Kelly: Ditto. I accidentally sent an email to every member and client of my ad network once about a payment discrepancy. It was sent to so many people that it had its own hashtag and Reddit thread.

Thing That Drives You Wild About Your Partner

Jeff: Her dance skills.
Kelly: I really like when people have weird quirks, so I’m really into Jeff’s weird name talent.

Thing That Drives You Mad

Jeff: She NEVER picks up after herself.
Kelly: He’s ALWAYS on his phone! 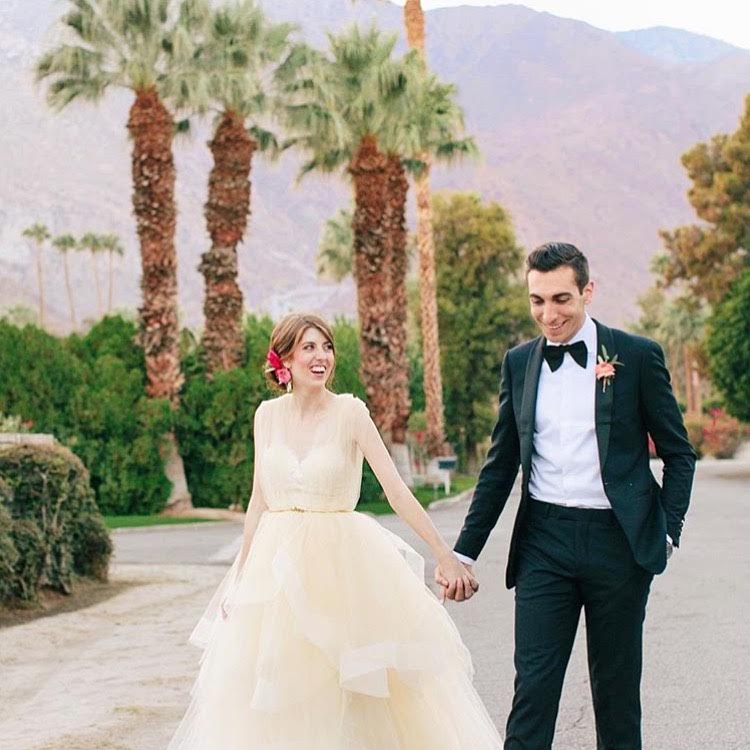 Jeff: Divey Mexican restaurant and home early for a few episodes of one of our shows on Netflix
Kelly: Ordering in pizza and TV binging!

Jeff: I really hate going out at night. I’m more of a meet-for-coffee type of guy.

Jeff: A hike
Kelly: My drive to work, blasting music and car-dancing like my life depends on it.

Jeff: I could live off the house margarita at El Coyote, our favorite Mexican restaurant in LA. My liver on the other hand…
Kelly: I actually don’t really drink!

Jeff: Teen Mom on MTV. Kelly got me addicted. Now I’m way too invested in these people’s lives that I don’t actually know and find myself spouting off parenting advice at my TV.
Kelly: Teen Mom! P.S. Getting Jeff addicted to Teen Mom is my greatest life accomplishment to date.

Jeff: VEEP and Curb Your Enthusiasm
Kelly: Empire, House of Cards and Friends 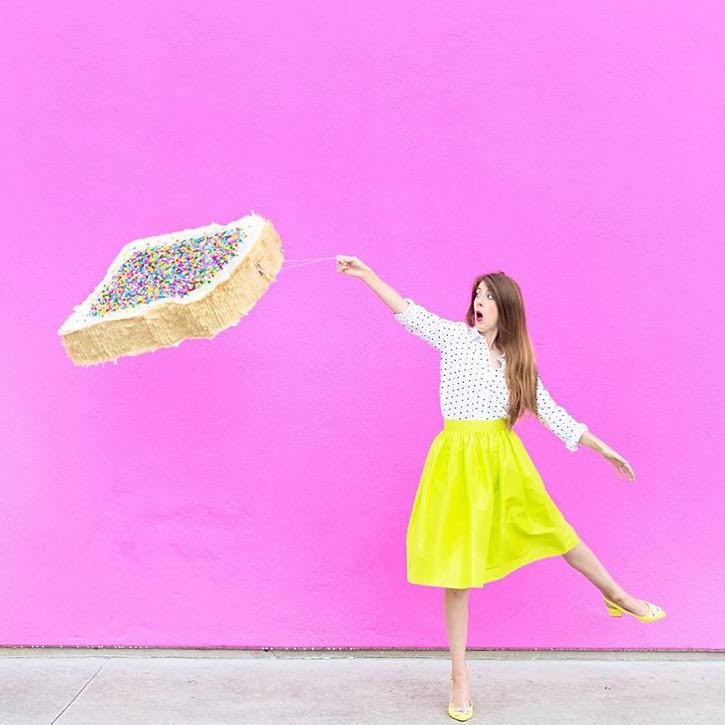 Jeff: I love to be taken care of (home-cooked dinner, when I’m sick, etc.).
Kelly: Weird quirks (told you!)

Jeff: Again with the cleaning up. Just put your dishes in the dishwasher!
Kelly: People that stand on the wrong side of the escalator! 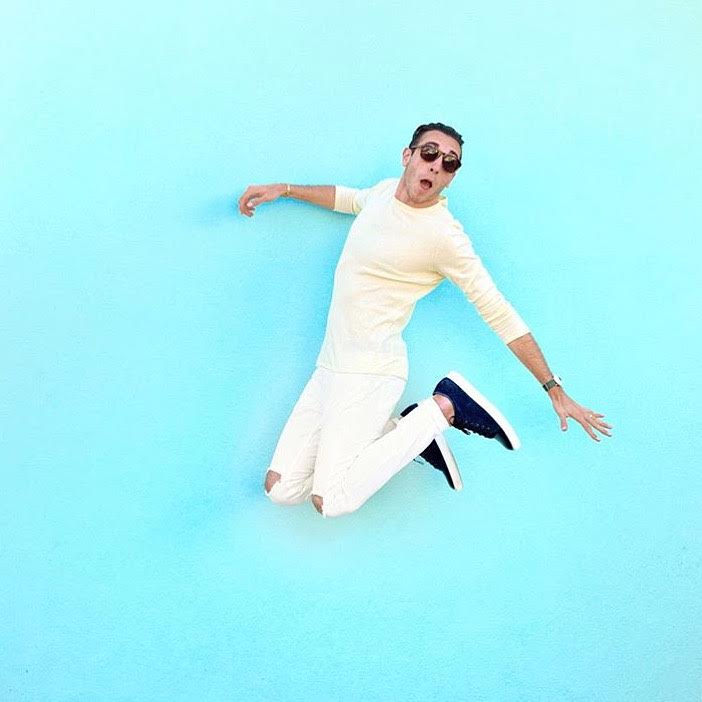 Quickest Way to Get You to Dance

Quickest Way to Get You to Laugh

Jeff: Show me any clip of SNL cast members losing it on air and I will die. Every time.
Kelly: Any episode of Friends

Jeff: A getaway
Kelly: Something they want but would never buy/do themselves.

Jeff: She got me the most insanely-beautiful art print from a gallery we were passing through in Palm Springs one weekend. She went back and bought it for my birthday.
Kelly: Pharell’s book, “Happy” on our first anniversary, to keep for our future kids bookshelf. The song was a part of our first dance and it was so sweet!

Jeff: Baking
Kelly: Baking (LOL Jeff, when have you ever baked?)

Jeff: Picking up a camera way back when.
Kelly: Moving to LA after high school. The school out here ended up not being a great fit, but I never would have fell in love with the city otherwise.

Loved the rapid-fire likes/dislikes questions. This was so fun to read!

Thanks so much Kristina! So glad you like it and had fun!