Reflections from a Camp Mom

I met Jennifer Halper twelve years ago when we both worked at Us Weekly magazine. She was one of my first friends there. I immediately gravitated towards her hilarious, blunt, no BS personality but it was her heart, beneath the sarcasm, that showed through during my difficult days there. She continued to show up post-magazine life, when many disappeared. It’s that exact combination of sassiness and sensitivity that makes her a great storyteller and an even better friend. I know you’ll come to love her as much as I do. First up in a series from “Halps” is her thoughts on sending her only child and bestie, Dylan, off to summer camp for 7 weeks…

Summer. Most people love that word and what it stands for: Sun, sand, pool, firing up the grill, leaving the office early on a Friday… You can walk into any restaurant in NYC, not have a reservation and so much more. Me, I hate it. Well, maybe hate is too strong of a word. Dread. I dread the summer. Why? My son leaves home for 7 weeks of sleep-away camp. You heard me. 7 FREAKIN WEEKS. To some parents, that sounds like a dream. Not judging. I know they love and miss their kids but, for me, it rips my tiny black coal heart to shreds.

To say I live for my son is an understatement. Not in a creepy Lifetime movie way. You know the one where the son falls in love and his mother wants to kill his new bride because she wants him all to herself? No, not that way but he is only eleven, so there’s time. #BackOffBitches. Anywho, 11 years ago, when I had my son, I made him a promise and I whispered it loudly in his ear. I read The Happiest Baby on the Block, which tells you to keep saying shush very loudly in their ear, it makes it sound like they are in the womb. I think I just made him deaf because he never hears me when I ask him to do something. But what I said was, “I don’t know what I’m doing but I’ll try to be the best mom I can be.” It’s a promise I take very seriously. Not saying I do it well all the time. I don’t really cook for him, unless you count Annie’s Mac-n-Cheese, I may raise my voice a couple of times a day (refer back to the “deafness” or selective hearing), I let him play video games for hours cause mamma’s gotta watch her TV (I got the DVR that tapes 6 shows at once. I’m committed.), sometimes I forget to feed him (he is never really hungry so….) and I’m sure there’s more but my husband would get mad at me for even thinking this way. However, there are a ton of awesome things I do for him and one is sending him to camp. I sacrifice my happiness for his because that’s part of being a parent.

As much as I miss my partner in crime/built-in-best-friend, I know it’s an experience that he won’t get being with me for 7 weeks. Did I mention it is for 7 weeks? Right, so, what does camp have that I don’t? There is every sport you can imagine, zip lining, he EATS (he LOVES the food there, like I said I’m no cook), no electronics (I like that part, my son, not so much), but most importantly it’s the friendships he makes. Plus, he learns how to navigate on his own. To watch my son grow into the person that this experience makes him is worth everything to me. Every summer he comes back a bit different: more independent, more confident… Oh, and he learns things that you never thought your little boy would know. Most of them we have to correct but it certainly livens up dinner conversation!

But that doesn’t mean it isn’t torture for me. Am I crying as I write this? Damm straight. Did I already start packing what I’m going to be bringing up on visiting day? You know it. Am I going to be super passive aggressive towards The Hubs for 7 weeks? Mos def.

One of the things that gets me through these 7 weeks, is knowing that even though I’m not with him, I’m still making him so happy. This summer will be a bit more challenging for me than the past two, in which I was lucky enough to throw myself into work and forget how lonely the apartment is. Unfortunately, I don’t have that option this summer (that story is for another time- and blog post!). So I’m going to be looking for things to do during these 7 weeks as an empty nester and hope you’ll come along with me and keep me company.

Dylan picking out candy for camp. 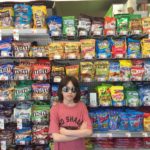 Fidget Spinners waiting to be sent. 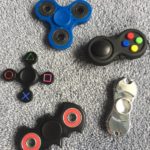 Update: I just spent the past 30 minutes sobbing because I caught a glimpse of Dylan in a video (below). He’s so damn happy that it makes me cry for 2 reasons: 1) I miss him so much and 2) I’m happy that he’s already having the best time, 4 hours into camp. 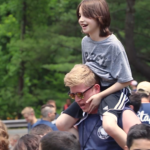